Super Night at the Super Bowl 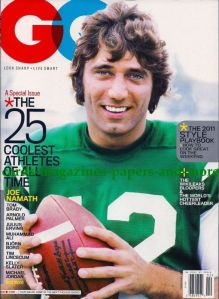 The National Football League’s Super Bowl is the most famous annual event in the United States.  Forget the game itself. If you were not a player, coach, or owner, it is the party that you will remember most if you were there.  Mostly, it’s the rich and the famous who enjoy the prime events outside the stadium, but during Super Bowl XII, I know somebody from the working class who can relate the inside story of its glamour and excitement.

In January 1978 my beautiful future wife Pat was the Administrative

Assistant to the General Manager of the New Orleans Hilton, and she personally handled arrangements for VIPs who visited the hotel.  Barron Hilton, the head of the Hilton Hotels chain, was famous for hosting Super Bowl parties in the game host cities.  For Pat and her New Orleans Hilton colleagues, it was a particularly exciting time to host their boss and his friends, and she stayed extremely busy seeing to the details of their transportation and accommodation needs.  Her rewards for a job well done were an invitation to attend Barron Hilton’s private dinner party in the Hilton Ballroom and to be given tickets to that night’s CBS live televised entertainment gala “Super Night at the Super Bowl” at the New Orleans Theatre of Performing Arts. 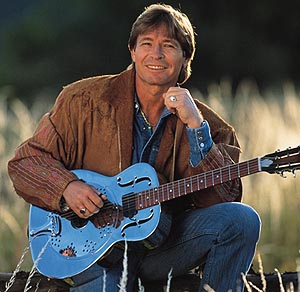 Pat’s seats for the “Super Night at the Super Bowl” television special were first-row mezzanine with just about five seats in her row.  Much to her surprise, when the lights dimmed, she saw John Denver and his entourage of four men enter the mezzanine as they walked past her and sat two rows behind.  For some reason the small row of seats behind her was empty, so she knew that Denver was sitting directly behind her.  She has always been, and still is, an avid John Denver fan, and so it took a great deal of restraint to concentrate on the show instead of her music idol.

The program from Super Night at the Super Bowl 1978

Barron Hilton’s guest list for his after-show Super Bowl party included celebrities from movies, television, and sports, and so there was a gaggle of press photographers and onlookers at the entrance to the Hilton Ballroom to capture their entrances.  That night Pat had her blonde hair done up in great style, and she was wearing a silver fox evening jacket over a long formal dress.  I will mention here that after becoming an advocate for animal rights, she now refuses to wear it.  But that night when the photographers saw her approach, and people in the corridor began applauding, they immediately assumed that such a beautiful woman had to be a movie star, and they rushed her as if she had been Elizabeth Taylor.  It was a memorable moment for a working class gal. 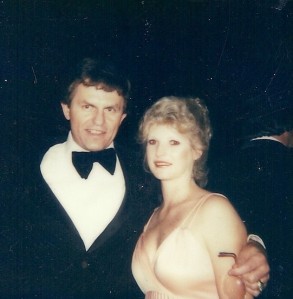 Inside the ballroom, Pat and her escort sat at a reserved table that had a real NFL football ornamented as a centerpiece along with Denver Bronco favors.  Before the evening was over, a man representing John Denver, who sat at a nearby table, told her that the star would like to have her table’s centerpiece.  A bit flustered, Pat assented only to regret later that she had not insisted on personally delivering the football to Denver.  He and his entourage soon departed the party. That same night Billy Carter, brother to President Jimmy Carter, autographed a can of Billy Beer for Pat.  She still has it for the little that it is now worth. 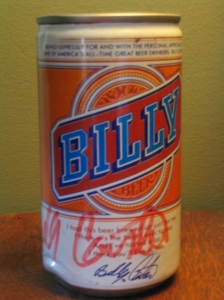 The next day the actual Super Bowl game was played in the Louisiana Superdome.  The Dallas Cowboys defeated the Denver Broncos by the score of 27 to 10.  Pat didn’t see the game; she was too busy at the hotel serving the needs of the VIPs.